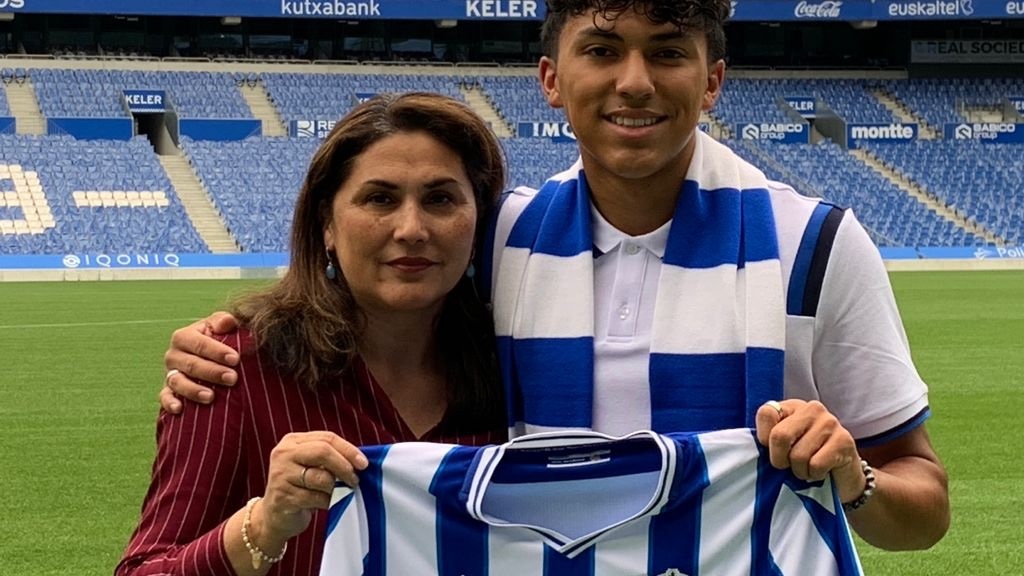 Football takes you to unimaginable places locally, domestically, or internationally. This past summer, we took our first family trip to Germany. Today, I’m writing about our next football trip which happened to be to Spain (San Sebastián to be exact). We hope you enjoy it.

It was a surgically planned trip. There were many moving parts and if any went wrong, the trip could have been a bust. Thanks to the flexibility that COVID forced us into at our workplaces and being the middle of the summer vacation for Joana, the Gómez’s were able to spend the week prior to the Spain trip in Louisville with Jogo. Fortunately, Johan had already returned to Europe for pre-season with FSV Zwickau avoiding yet another moving part.

We left Louisville on a Thursday afternoon with Kansas City as our initial destination. LouCity was scheduled to play Sporting Kansas City II (SKC II) the next day and the plan was to go watch the game, pick Jogo up after the game and then drive all night back home to Texas.

Not a minor item but we also spent Thursday night in Kansas City fine tuning the last few logistical details of César’s (Jogo’s uncle) trip from Mexico City to Texas. He would be joining us in Dallas to make the trip with us to Spain on Saturday morning.

It was our first time visiting Children’s Mercy Park so we took the obligatory pictures prior to the game. Ironically, a few days after our visit to Kansas, the US Men’s National Team played three games there during Gold Cup. Jonathan was supposed to be with the team but this trip prevented him from making the final roster. Tough choices sometimes have to be made…

The game went well and Jogo had another assist and after the game, he briefly caught up with his long-time friend Tyler. Meanwhile, us parents made some new parent friends too; it was there that we learned that Tyler was heading to Germany soon after.

The drive to Dallas

After the SKCII game, we waited for Jogo to shower, finish his normal dressing room ritual and embarked on an all night (8+ hours) drive back to Texas. Upon arrival at home around 5 AM, we met César, rested for a couple of hours and continued on to the next stop of our trip: Dallas Lovefield airport.

We left home riding an Uber Tesla (first time for me in one of those). The automatic pilot was nice and worth the occasion. The complete trip would consist of multiple stops. Dallas to Atlanta, Atlanta to France, France to Bilbao, and finally Bilbao to San Sebastián.

We left Dallas Love Field airport at 12:25 PM to Atlanta. It was a two hour flight. Once we landed in Atlanta, we literally boarded our next flight an hour later (we had to dash to the gate) to France. The duration of the flight from Atlanta to France was approximately 7.5 hours. We arrived in France at 7 AM (midnight Texas time) on Sunday morning. Our layover in France made the trip longer but anytime you are with family; it’s all worth it.

The layover in Charles De Gaulle airport allowed us time to take a quick nap, practice some French and meet up with Mike. These trips are difficult for our aging (and aching) bodies and thankfully, we don’t have to undergo many of them frequently. Note: I have spent the last month in Germany.

From France’s airport, we boarded a 90 minute flight to Bilbao (capital of the community Gipuzkoa) in the plane pictured below. Most of us were really tired by this time and could not sleep well due to the turbulence and the short duration flight.

We arrived in Bilbao and were quickly greeted by our ground transportation. He took us on a beautiful 70 minute ride to San Sebastián. By this time, we were so jaded that we were unable to truly appreciate the natural beauty of the entire ride. We did however, on the way back, have an excellent football specific conversation with the chauffeur. The Euros (UEFA European Championship) were in full swing and Spain was doing well upon our arrival.

What a paradisiac city. We were still very jet-lagged Sunday morning and slept for a couple hours. Later in the day, we found a way to make it out to dinner with team staff. They took us to a beautiful restaurant with the most astonishing views in town overlooking the Bay of Biscay.

In the next few days, we had a chance to sight-see a few things while we were there. The most impressing was the sea. San Sebastián is adjacent to the Bay of Biscay and sunsets are very picturesque.

During our stay, we had an opportunity to tour the training facilities, stadium, and of course talk with Xabi Alonso at length. Of course, at the end of our conversations, the obligatory picture had to be taken. Excellent guy who rides a Harley to Zubieta (the name of Real Sociedad’s beautiful facilities). Everything was explained to us and there was not a question that went unanswered.

After we had accomplished all our objectives in San Sebastián, we went back to the hotel and relaxed a little. Well, the Euros were taking place and what a better place to watch them. Spain was playing in the semifinal against Italy. I remember we had to cut our shopping day short as stores were closing early; the entire country was paralyzed watching the game. Unfortunately, that day, Spain was eliminated in PKs. Here is video of the last PK taken by Italy. We felt bad recording but apparently we weren’t the only ones…better times ahead for Spain.

A few days later, we were back home. Jogo was playing at Tulsa and life went on as normal as it could given the circumstances…well, almost so, except that we now had these exciting news that we couldn’t necessarily share with anyone outside the family. It’s an odd feeling but rules are rules.

Until next time San Sebastián…

In a few weeks, we’ll be back. This time, we will be better prepared than when we landed the first time in Portugal or Germany. We speak the language, not Basque of course. Jogo will be in his new home, with new teammates, living in a different time zone, etc. Some tears will be shed (points at self) but God is good. All will be well.

For now, the grind continues and Jogo and team just finished their regular season and now onto playoffs tomorrow. Good luck LouCity from Zwickau, Germany. God knows how much we will miss your setup and the people associated with the club. We will always rep the purple #Vamosmorados.

Jonathan talks about his entire journey (including the trip above) from his time at FC Dallas in this interview with the Chums. Give it a listen. We always appreciate the support to our boys and the Chums. There’s a new episode coming out in a few days.

One thought on “First family trip to Spain”

This site uses Akismet to reduce spam. Learn how your comment data is processed.