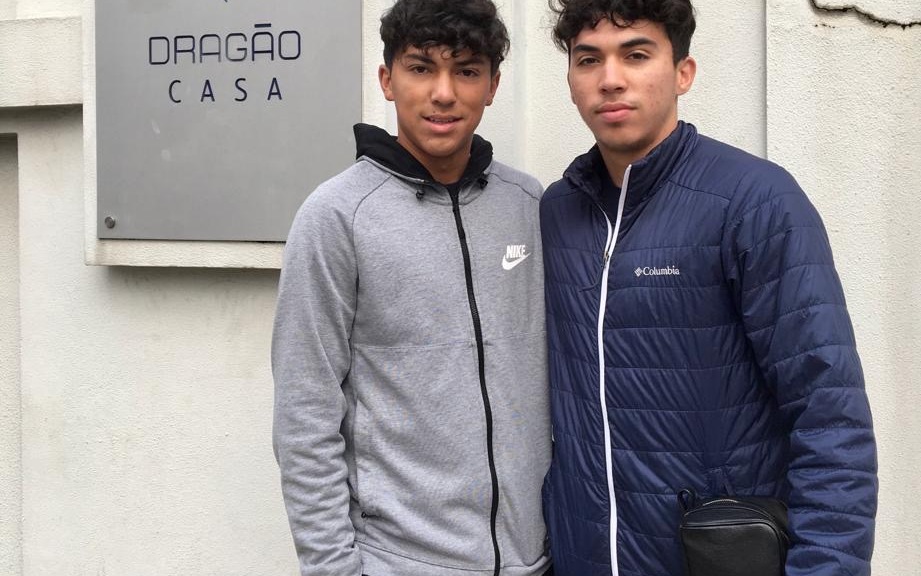 First things first. Quick update on the family. Johan (and us) has almost completed the first (of two) week of his Texas State mandated quarantine . He’s shown no symptoms of COVID-19 (and neither have we) and is overall healthy. Unfortunately, he’s found himself a bit bored and has found creative ways to stay busy in his room upstairs. One thing is for sure, he’s found more time to devote to ChumChat. In that front, this week’s guest didn’t disappoint. Give them a listen. The portion about presidential trivia is impressive. BTW, be on the lookout as these young men continue expressing themselves off the field seeking and defining success via their interesting guests.

Today though, I write to celebrate Friday. Sure, most days seem like a blur under the circumstances but Fridays do mark the end of a work week for most of us. Besides, it’s not just any Friday, it’s “Good Friday”. Not only do some of us celebrate, Good Friday but today is also National Siblings day. Whichever your beliefs may be, find a reason to celebrate today with your family. As our good friends the Carrera’s would say #FamilyFirst

The rest of this post however is to celebrate National Siblings Day which is a new thing and is gaining more online popularity each year. While Jogo remains away (partying away with the Sanchez family in Louisville), the rest of the Gomez’s would like some time to commemorate this day. We are blessed and fortunate.

It’s nothing short of weird being quarantined in a foreign country. Foreign-ish. I don’t really like to use that excuse anymore because I feel like I’m really well adapted, plus Portugal reminds me a lot of Mexico. It gives me comfort sometimes when I’m out and about and certain parts of the city are identical to Mexico. The first couple of days went by so slowly, it seemed like it was a week’s worth of time packed within one day. Our apartment is a good size but I share a room with someone and even just a few days in, I already felt like I was losing my sanity. Thankfully, there was a first team player who happened to get loaned out about a month ago. He happens to be an Argentinian who gets along very well with my also Argentinian roommate. Long story short, he left us his car and his house. We packed up our stuff to stay for a couple weeks minimum and headed over to the crib. It’s looking like it’ll be about a month until we go back to training and that’s if everything goes well. The countdown’s on.

Back to Training (Supposedly)

As I’m writing this, we’re about 23 hours in and this is about as good as quarantine gets. Space away from roommate, space to do my own thing, FaceTime friends and family without overlapping conversations as my roommate screams while playing Fortnite. It’s been really nice. I had forgotten what it’s like to have a little space to breathe. Yesterday we headed to the supermarket, masked up, to stock up on groceries since the only downfall of this is that we’ll have to cook. Thank God that people in Portugal haven’t resulted to panic buying like some people in the states have. I would honestly have no food to live off of if that was the case. The cafeteria where we usually get our food from at Casa Dragao, is closed right now. All my teammates have gone home, and my national team teammates (most) that play in Germany or England got to head back… without having to quarantine upon arrival, so I’m a little jealous. Shout-out Leo (Sepulveda) if you’re reading this, because it’s way worse in Spain and he hasn’t been able to go home so I can’t even complain. He’s been helping me by telling me what to stock up on and what to cook and stuff. That’s the bro. We stocked up on groceries and I cooked my first meal in a while. Easy to make spaghetti. Simple, healthy and always filling. Haven’t cooked in a while and honestly, forgot how much I hate cleaning up after and washing the dishes. That night, I went to sleep kind of late but woke up early the next morning to do the workout Porto sent us, plus, I want to keep my body on the same training schedule time-wise as we’re usually on. I was only going to spend about an hour out there but ended up staying for two because I got a hold of the ball. I could have stayed outside forever with the ball honestly, especially now that there’s nothing to do.

After, I finished with some stretches to make sure the legs don’t tighten up too much. I’ve struggled with my hamstring lately so I’m using this time to really take care of it, especially when we’re just sitting around, your muscles tend to tighten and tense up so it’s always good to do light stretches to increase flexibility. Highly recommended for any athlete, and you can do them while watching TV or doing nothing now that you’re in quarantine.

I’ve really been enjoying the space I have compared to normal, but it’s no secret I’d rather be home right now. I talked to the people in charge here but they don’t want to let me go until a date is given for return to play so we’re waiting on the federation to say something. I doubt they’ll let me go back, so kind of just have to deal with it. It sucks because, although I wouldn’t necessarily be able to go out with my friends, at least I would be in my city and with my family. Also, I don’t want to be stuck here if things get worse and it’s summer. Then, there would really be no point in me being here. I have a good relationship with the doctors here due to my past injury and they’re constantly checking up on my mental state, and I’ve never struggled with that (thank God, but if you do struggle with that reach out to someone) but it is weird being here and not playing with the team.

By the way, at time of writing it’s Ronaldinho’s 40th birthday, he’s one of the greatest of all time and helped a lot of us fall in love with the game with that contagious smile. Let’s honor him by watching some of his greatest moments. Oh and go subscribe to my podcast on YT, Spotify, and Apple Podcasts. Also, follow us on insta @chum.chat . We’re honestly pretty good for a trio of 18 year old. Give it a listen… you probably have nothing better to do.