Representing one’s country in any walk of life should be at the top of anyone’s list of honors. In football specifically, the player’s family, friends, teammates, coaches, technical staff, fans, etc. should all be joyous of such player accomplishment and if possible, the distinction should be celebrated publicly. After all, it’s a collective achievement. Why then would anybody want to impair such accolade?

A player under contract “belongs” to the football club; the club can and should reserve the right to release a youth player for a national team call up if the club circumstances are not favorable at that moment. Non-US call ups typically occur during FIFA international windows (which ironically, are not always convenient for MLS clubs) when players should be released by their respective clubs. Contractually though, players (amateur or professional) are bound by the club’s current competition/medical needs/concerns/restrictions and should adhere to them at all times.

In the case of a release denial (capricious or not) by the club, we advocate informing the player regarding the national team call up. If not an obligation, sharing the info should be a courtesy towards the player/family. The player’s confidence can easily be magnified just from knowing that the right people “are watching” and that perhaps the timing of this call up didn’t work out now but maybe the next one will. Transparent communication is key. The message to the player verbal or not would be: “Keep grinding as there would be other future call ups“.

When we started a relationship with Louisville City FC, we did so without hesitation knowing what to expect from a professionally ran club. See, despite a current abundance of injuries on the team, the staff not only immediately informed Jogo about the Mexican senior national team call up but allowed him to attend. Furthermore, it was celebrated publicly. Words can’t suffice: thank you. They clearly understand the emotional impact on a player and the potential future effects on the field.

In general, there’s absolutely no reason a call up (amateur especially) from any world football federation (even a rival one) should ever be kept secret from the player (or the family) by the club. After all, in the fast-traveling news and transparent communication world we live in, it’s almost impossible to keep a national team call up undisclosed. The result of such Machiavellian miscommunication from certain folks in a club can introduce fragmentation between a family and the club…

Having the opportunity to represent multiple countries is a blessing but one that carries a lot of responsibility for everyone involved. In general, genuine fans are very supportive for the boys having choices; unfortunately, few -maybe understandably- take the player’s choice personal. Truth be told, we prefer dealing with disappointed nationalist fans than not ever knowing about the national team call up.

This is a great opportunity for Jogo and as much as we wish we could influence how other people feel about it, we can’t. The life of a footballer is short and opportunities are often scarce. Jogo has earned it and we are so glad that in this case, the club has allowed him to participate in this training stint. Not only will he return a more mature player but one with life-enriching experiences that will also help Loucity in the short term. Jogo and our family will forever be grateful with the club. Thank you LouCity. #theGomezway 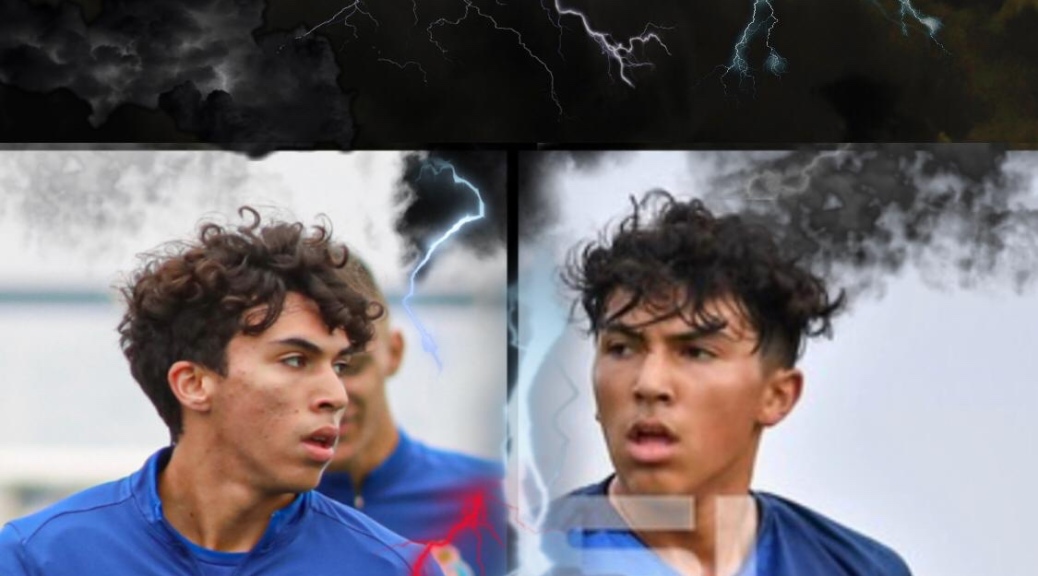 Jogo comes home for a short period of time after being away for “a few weeks”. The experience has been extremely positive but boy we missed you a ton. Happy half-birthday. We hear you met some interesting individuals while over there….happy half-birthday!!!

In other news, Johan returned to action and the good news continued flowing his way. The family can’t wait to see what happens next with him. Speaking of family, the surprise visit didn’t hurt either huh? It’s always good to work on your emotional and spiritual well-being just as it is to work on your physical one. BTW, keep chumchatting son, YOLO. Great idea on the FC Dallas HG signing podcast (and great debut by Tanner). Can’t wait on the next guest with the brand new “equipment” :-).

Finally, thanks for Joana’s shout-out on IG. You are right; she doesn’t get enough credit sometimes so we’ll start incorporating news about her sporadically. She continued footballing and scoring and she also ran a sub 6-minute mile too earlier this week. #theGomezWay

The rainy, windy and cooler weather conditions did not alter the enjoyment of our first family outing watching you play with FC Porto. The game lived up to the expectations; a feisty away game against the team currently sitting in 2nd place: Famalicao. The game, the teams and especially you did not disappoint and we were glad we could witness it. FC Porto had the majority of the possession but in the end, the team who scores the goals wins. The end result was not the desired one (1-0 loss) but we move on, we learn, and we improve. Thanks for this opportunity to watch you Johan; the family could not be more proud of the young adult you are becoming….