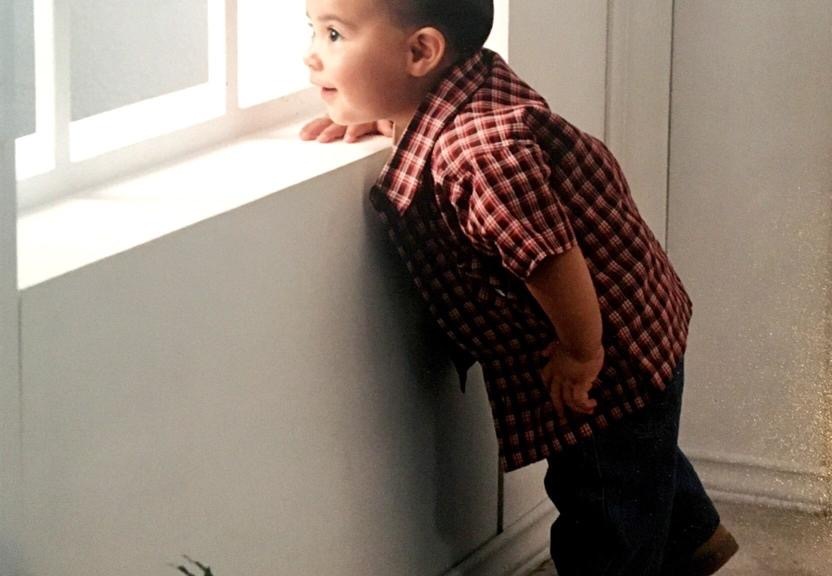 Making the decision was emotionally draining but executing it is proving to be full of suspense and uncertainty; this is how it all went down…

Last Saturday afternoon (our morning), the Federação Portuguesa de Futebol (Portuguese football federation) finally made the decision to end its season for all age groups U19s and under. However, Porto’s technical staff requested Johan to stay put for the months of April and May. The main objective behind that request was to have him train once the Portuguese health department lifted all restrictions related to the COVID-19 pandemic. The club wants to prevent adverse effects from having a longer “off season” for the returning players. Johan loves OPorto the city, Porto the club, and football but with the COVID-19 numbers climbing exponentially daily, it was obvious there was a part of him hoping to come home early. Inevitably, he accepted the club’s decision with some hesitation but excited at the chance of getting back on the field and potentially practice with the first team…and this is when the emotional roller-coaster began.

Just a few hours later (Saturday evening Porto time), and with the COVID-19 situation worsening by the minute, FC Porto’s ownership decided to change their mind and advised ALL foreign nationals to travel back home ASAP. Ironically, the decision Johan had so hesitantly accepted a few hours prior (to stay put in Portugal for two additional months) was now being reversed with the resurrected (now not so remote) possibility to come home at last. He called us immediately with the news. To be honest, Claudia and I were not prepared for the quick change of heart by the club. When Johan asked us if we wanted him to come home, we couldn’t give him a rational, well-thought out, objective answer; instead, we impulsively said “of course”. Suddenly, we had more questions than answers but we owed it to him to do our due diligence and assess whether the trip back home was even feasible (and safe). And so, the emotional roller-coaster continued.

Were there flights even coming to the US from Europe anymore?

As soon as we hung up with Johan, we immediately called an American Airlines (AA) customer service representative. To nobody’s surprise, we couldn’t get a hold of one and had to wait hours before receiving a call back. Meanwhile, Claudia’s anxiety was increasing by the second as we couldn’t locate flights. I tried to keep my cool (was occupied working actually) but to our dismay, once we received a call back, a somewhat jaded (maybe frustrated AA rep) vehemently informed us that AA had NO scheduled flights back to the US (or Mexico) until the first week of May. We were quickly integrated into the reality the world is living in. Now, it was impacting our family directly. However, we were not about to give up so we kept searching everywhere for other flights.

Could Johan fly in another airline? if so, what would that entail? Was it safe?

We tried all known travel sites (multiple airlines) and could only come up with two flights in the next week or so. One flight would leave Monday (March 30th) and another one on Tuesday (March 31st) each with 4 stops and taking over 3 (yes 3) days to make it home…not the safest. Time-wise, both were far from convenient too but in a bind, they were doable options. However, neither flight was going to work; see, Johan needed to take care of the regular “summer” move to do’s list prior to leaving Porto since he wouldn’t be back until late in the summer. Booking one of the flights above, gave him extremely limited time to take care of that list. The challenge wasn’t so much expediting the to do’s; the main obstacle was that hardly anybody from FC Porto was physically available to assist so he was left alone to master mind and execute creative decisions. Faced with little immediate success for flights and the mounting stress this was causing on Johan (and us), we decided to sleep on making a final decision concerning his return home and then talk about it Sunday morning.

At last…a travel decision was made

Saturday night was really long. Neither one of us could sleep assessing different scenarios. There wasn’t a “right” decision. After careful analysis (accompanied by prayers), we were split on a decision Sunday morning. While Claudia and Joana were adamant about bringing him home, Mike and myself thought the most prudent thing was to have him wait in Porto for at least a couple of weeks until hopefully the situation improved. The time to share a decision with Johan came around. The phone call was hard, voice-cracking hard. As I was sharing my logical, well-thought out decision with him, he listened attentively,

As I articulated my thoughts, I was trying to imagine his disappointment which made it more difficult for me to be eloquent.. In my head, everything made perfect sense but somehow, it did not feel right. In one hand, Johan was definitely safer staying in Porto. He lives with his roommate and both are only allowed to go out to get groceries (club cafeteria is closed). How risky can that be? The risk associated with going to the store and back to the house was minimal. On the other hand, his mental well-being by potentially staying in Porto up to four additional months was going to be tested. As soon I finished relaying the no-go travel decision to Johan, he said little but was upset, really upset. He didn’t hide it either. This was the second time “the situation” had fiddled with his feelings to no avail. As we hung up, my anxiety continued to be rampant. Had we now just lost a chance to bring him home for additional months?

Having made that decision, I personally slept better Sunday night. That wasn’t the case for Claudia; something was not right. Her maternal instincts found every reason to question the decision; I must say, she had some thought provoking questions. Somehow, I found a logical justification for every one of them…until the following statement was made: “I’d rather have him get sick here with us, than over there“. That hit me really hard. For a moment, I could only picture that situation and the feeling of helplessness and perhaps guilt. At that point, all the reasoning I had done the past 36 hours went out the door. Johan was returning home at any cost.

Back at it finding flights

FC Porto has been amazingly supportive this year with us. They did not disappoint this time. We collaborated and with their resources, we found a creative way to book a 4 layover flight. Don’t ask me how we did it. The chances of the logistics working seamlessly are not in our favor; even so, we needed to make a run for it. The journey back home began earlier today (Porto time)…

How do you prepare for a 2-day (potentially longer) flight? (that normally takes 10 hours)

Once the booking was confirmed, Johan had to act quickly. Here are a few of the things Johan had to take care prior to traveling.

As I write this, he’s in his first stop in Zurich, Switzerland (even farther than Portugal). The first of 4 stops. Baby steps….God willing, he will land in Dallas, tomorrow night (late). Although unlikely, he may be quarantined at the airport depending on his symptoms. At that point, we will be facing a different challenge but “together” (as a family) at last…

We know we have a lot of prayer warriors in our audience. Please pray that our boy makes it home safely. We don’t care if we have to quarantine ourselves for a while. We want him home. Preferably safe. Until next time.